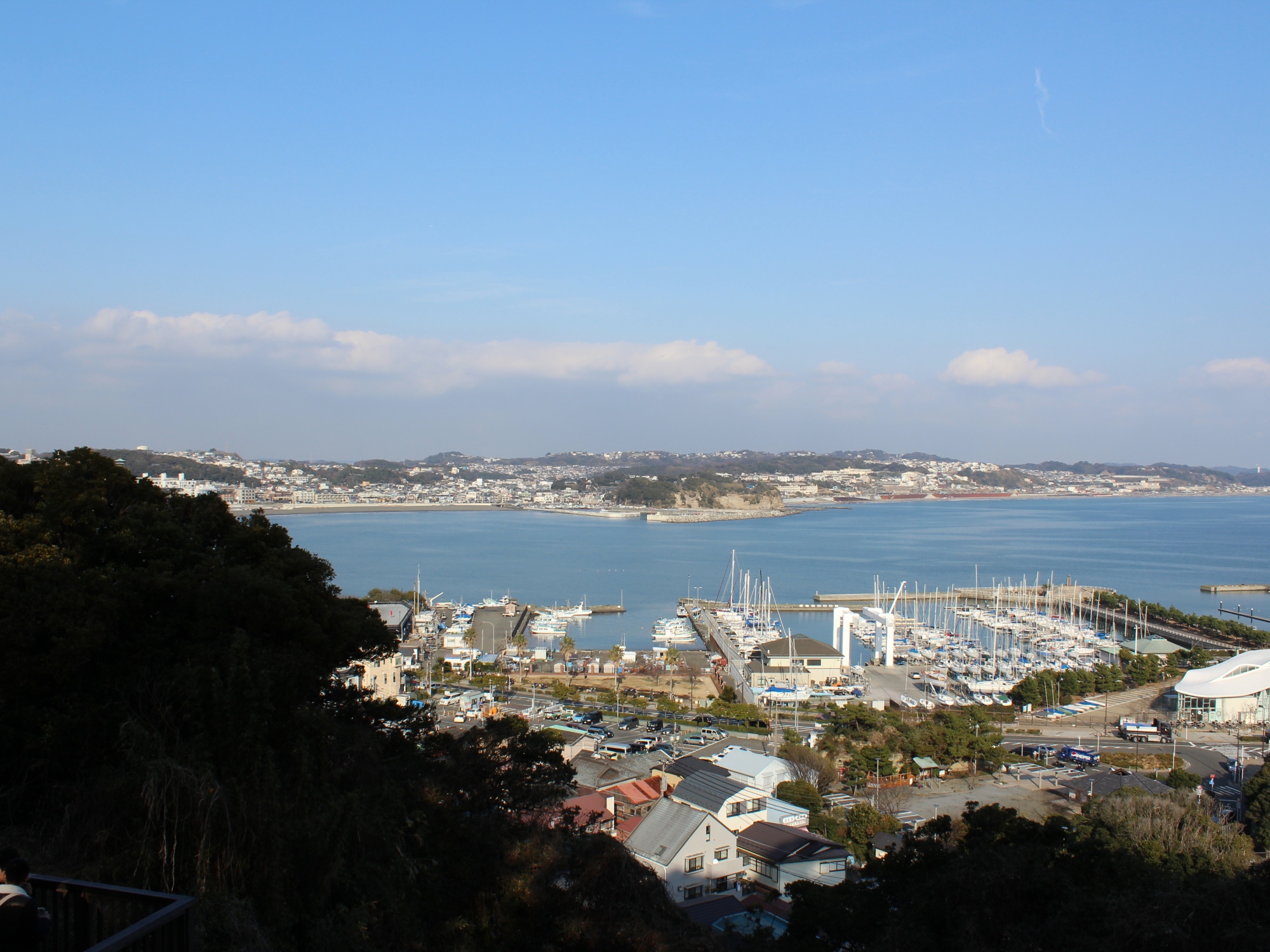 Hey all! It’s been a while since we’ve written anything. That’s because we have actually been back in the US since last Thursday. Right now, we are just waiting for my work visa to get processed at the Japanese embassy and then getting back to apartment search and what not.

Anyways, we still have a couple of things to share from our last vacation days in Japan.We finished up Osaka by seeing Zach’s professor friend and eating tabehodai (all-you-can-eat) yakiniku. The meats were great but the service is meh when you go to a tabehodai restaurant, probably due to handling the drunk people and the extra plates. After Osaka we traveled to Sendai, which is north of Tokyo to hang out with Zach’s pen pal. We visited some castle ruins and visited some tombs, took pictures with some historical impersonators, and had a really really good parfait thing! We tried the town specialty of gyuutan, beef tongue, both in meal set form and jerky form. It’s not for everybody but it’s not bad. I also lost one of my gloves :<.

We spent our last days in Tokyo. We went to Ueno Zoo, which had pandas! They were the most popular animals in the whole zoo it seemed. Zoos in general are still pretty depressing places to be regardless of where they are located. We met Zach’s former coworker and girlfriend and had a good time eating oysters and izakaya.

Lastly we went to Tokyo Disneyland! We had so much fun! It’s a great alternative to going to regular Disneyland in Anaheim (everything is in Japanese though, but you should easily get what’s going on). The subway goes straight to it and it already has the magical music playing as you walk towards the entrance. The park is a lot smaller than Anaheim and you can easily complete it in one day if you got to the park right when it opens. They had a lot of specialty popcorn, like milk chocolate flavor, curry, soy sauce, and honey. A lot of school kids seem to skip school to come here. People are surprisingly not as fan crazy as in Anaheim. I would expect more cosplay or people with Disney pins but people would just buy the disney hats and keep it as that. The hats are really fun though, and Zach bought a Donald Duck one with the legs that pop when you squeeze the hands and I got the Toy Story Slinky dog hat. We went on the Haunted Mansion ride, Pinocchio storybook, Peter Pan’s flight, Star Tours, Buzzlight Year’s Astroblasters, Big Thunder Mountain (in 40 degree weather, so cold!!) and my favorite, Pooh’s Hunny Hunt (only in Tokyo Disney, you can see the ride in this youtube video). After the park was closing, we walked back to the train station. Zach dared me, saying we have to keep on the Disney hats until we get home! I was getting nervous because people had already started taking off their hats at the station. Once the train had past by a couple of stops, nobody was wearing any of their Disney hats! The worst was walking through Tokyo station, which is hugely crowded, full of serious business men, as I wear a ridiculous dog head hat! So embarrassing!

Anyway being home is kind of strange. Getting back to a regular sleep schedule is pretty hard where I stay up until 2am and can’t help but wake up at 11:30am. I’m not used to American portioned meals anymore. When you eat meals in Asia, food is just at the amount where you are content, and you don’t need to take a to-go box home. When I eat restaurant food back in the bay, I’m already content at the 2/3 mark of my meal, but it’s not worth it to save that 1/3 portion left so I just have to finish it all. I guess before Taiwan and Japan, I never thought about portions so much, or I thought people saying you have to control portions are just being silly and not fun. Pre-trip, I would also be anxious about staying full, that I would get hungry in the middle of work if I didn’t get bloated full. That’s not the case though, and I will definitely look at portions more closely from now on, especially since I have so much time to burn now!

It’s been a few days since we’ve been in Asia.  Time adjustment hasn’t gone smoothly, in part because… well, it’s hard to be motivated to adjust.  We’re going to have to reset that clock again when we return to Japan anyways.  It’s kinda fun in a way though.  I’m so used to falling asleep so early in any time zone (I’m known for mostly crashing at 11pm), but lately we’ve been enjoying staying up together until the wee hours of 2, nice and quiet.

Libby mentioned alot of the details of the last leg of our adventures in Japan.  Fortunately she went easy on me and mentioned mostly the good things, but I definitely made a few mistakes, too.  There was a day where we spent hours going from place to place, but missing nearly every museum for either closing hours or vacation days.  A weird thing about Japan is how many places will be closed on particular days of the week, such as Monday or Tuesday, in addition to weekends, so you have to do a bit more research about open days than I’m used to.  It’s something I will definitely need to work on moving forward.

One of the lucky few projects, however, that turned out more interesting than expected was our visit to 江ノ島 (Enoshima).  Japan is known for having many islands / isolated towns full of various cute animals who tend to multiple and tack over when fed and encouraged by residents and tourists.  Enoshima was no exception — cats!  Here and there!  Now, admittingly, the island wasn’t so overrun with cats that we were swimming in them — at most we ever saw two cats playing together.  Yet still, it was alot of fun finding them; it became a kind of game for us to spot the cat between the fences, sleeping on the entrance matt of a store, or the ninja cat who had hidden so carefully right in our path descending a nearby temple (I was so startled when I realized he was there I kind of yelped and hopped in place!).  Libby, of course, was quite pleased.  All in all, I think we found maybe around 15 cats wandering about, none of the tagged, all strays.  It seemed that the town tolerated and likely cared for the cats, letting them as they would anywhere they would go.  It was cute.

But cats weren’t the only interesting part of Enoshima.  For one, the town itself was quite picturesque — cobble roads and small homes tucked into several corners of rocky hills.  We found some delicious manju (a type of rice cake with, of course, red bean), a cave path, and tide pools to explore.

Most bizarre, however, were the Hawks of the island.  At first we didn’t really notice them, but we did see several signs warning about Hawks and how they may go after scraps.  I figured this meant that, you know, if you left some food out, there might be a hawk come and swoop it up.  By the mid of the day, as more tourists starting arriving on the island, I realize that it was talking about “scraps”, “being left out”, “might”, or even “a” hawk.  Groups of 8 or more began circling the open areas full of tourists, and in short term many of them were making dive bomb raids trying to claim the food straight from people’s hands.  At one point, a Korean couple enjoying some baked goods had a massive Hawk swoop right now and strike the food out of their hands, while another followed quickly behind to pick the dropped items up and fly off.  The two yelped in fear, and I could understand why!  It’s serious business when a huge bird flies right by your face and runs off with your stuff!

Still, the whole day was most amusing and we made it out without losing any of our own goodies.

Coming back to the US is giving me time to reflect, but it’s also been difficult lately to concentrate well.  Can’t wait to move on with new adventures.